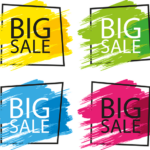 The biggest weekend of the year for online shopping is right around the corner and you might be asking yourself... View Article

How To Grow Your Audience Using Online Analytics

Customers are the lifeblood of your business, so it pays to be tuned in to their needs. Thanks to technology... View Article

Known for its reefs, corals and tribes that were known to practice cannibalism, Papua New Guinea might not be the... View Article

LetsHost are proud to announce the roll out of a completely revamped website with all new features including more product attributes, added security functions, new interface and more!

There is so much talk about Facebook these days, with more and more people signing up each day, but it is often considered to be nothing more than a fun way to chat to your friends and share some photos. If you are of this opinion, you would be wrong.

Internet advertising, also known as online advertising or web advertising may be one of the most effective advertising methods used, as it provides the ability to target specific markets while they are surfing the Internet.

With the explosion of dedicated video sites like youtube.com and video.google.com, and the increased availability of high speed internet, including video on your website is becoming more and more attractive.

According to a study by the e-tailing group and PowerReviews around 50% of Internet users now routinely use the web to research products and services before deciding what to buy.

What are internet users doing with their time?

According to a report by The UK Online Measurement Company (part of the Nielsen group) UK internet users spent 65% more time online during April 2010 (some 884 million hours) than they did during the same period in 2007.

Online video is a great way to deliver engaging, informative and truly valuable content to your website visitors. And people love it.